Why I didn't major in computer science 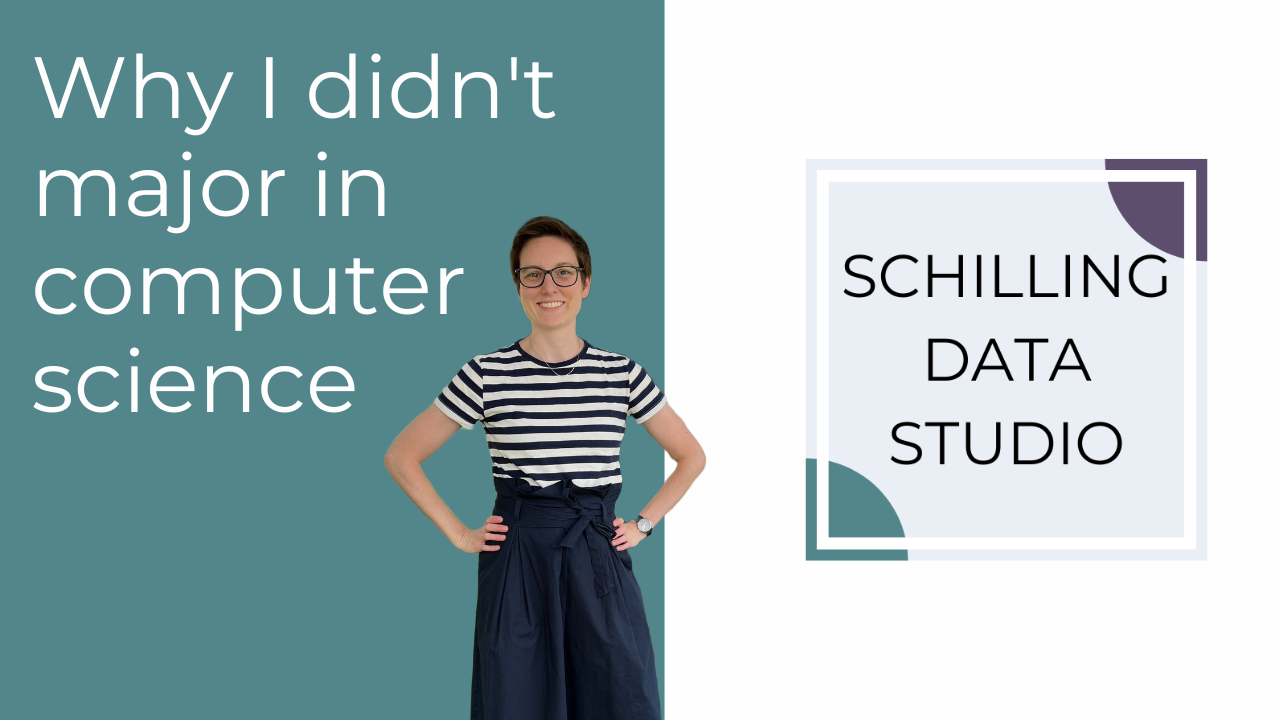 The sky is growing darker through the windows outside.

There are only a few of us still here, and I’m the only girl.

It’s my second semester of college. I’m eating dining hall food out of a takeout container and wondering how much longer I’m going to have to be here.

I’ve got a bug in my code that I can’t figure out, and the programming project is due tomorrow.

Coding felt like a solo, sometimes frustrating infuriating, and oftentimes lonely journey when I was a computer science student.

I enjoyed programming - it was fun to figure out how to make the code work and super exciting when a program ran correctly.

But it was also lonely because there were so few women in my classes and (if I recall correctly) only two female professors and one female instructor.

Plus, coding was frequently hard and frustrating, it would have been great to have a community where I felt supported and seen.

I still really enjoy coding. I’m grateful for my computer science education, and I’ve already talked a bit about my coding journey.

But I was planning to be a computer science major in college and then I didn’t.

And the reason I didn’t is one of the reasons I care so much about representation in STEM fields and do all I can to participate in and support networks of women in STEM.

I came to computer science because a few classes were required for my applied math degree. I really enjoyed those first few classes and decided to double major.

Things went along pretty well despite the lack of women in my classes and the programming lab. In fact, thinking back on it, I can only remember at most one other woman in most of my programming classes (to be fair, I did go to a relatively small public liberal arts college but still).

I made it through five computer science courses, and then in the spring of my sophomore year I enrolled in Systems Programming.

I’d taken the prerequisite in the fall semester with the same professor, who had not been particularly encouraging, but it was the next course in the sequence, so I signed up.

The class was based entirely in C. But the classes leading up to this one were primarily in Java and Python.

So, I’d never taken a programming class in C, and the professor jumped straight into the content with no introduction to the language (which is a much more complex and challenging programming language to learn).

I felt so discouraged by the first few days of the course and the first assignment (as well as by the lack of support from the professor when I went to talk to him about my struggles) that I ended up dropping the course.

It worked out - I got a computer science minor, and I got to study abroad for a semester, which probably wouldn’t have happened if I’d double majored.

But it goes to show how much impact one class and one professor can make.

It wasn’t all that one class - there was definitely already the feeling of loneliness and wondering if I was really cut out for computer science.

And I felt all this despite having a mother who’s a computer scientist.

So to me, it shows how important it is to be in a supportive, inclusive, safe, and welcoming environment.

Which is why I volunteer to mentor college women in STEM, spent a couple of years teaching middle school math and engineering, participated in school outreach programs to encourage girls in STEM, and created 3-D printing and Girls Who Code after school clubs when I was teaching.

It’s also why I developed my program Learn R With Me.

Stay connected with news and updates!

Join our mailing list to receive the latest news and updates from our team.Don't worry, your information will not be shared.

We hate SPAM. We will never sell your information, for any reason.